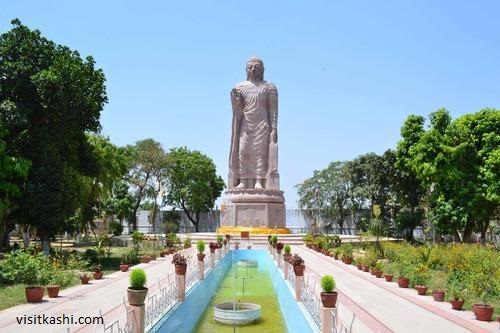 Sarnath Temple is a big and beautiful temple in Varanasi.I visited there with my friends and enjoyed so much. there was an Buddha's temple. the most interesting thing is zoo where numbers of Verity's of animal.

Sarnath is a famous place in Varanasi and it is the destination for cultures like Hindu, Buddha and Jain. Sarnath is the place where Gautama Buddha first taught the Dharma then Buddhist Sangha has originated as well as came into existence because of the enlightenment of Kondanna. It is situated atleast 13 Km to north-east of Varanasi. There is a village 1 km away from the Sarnath known as the Singhpur where Shreyansanath was born. He was known as the eleventh Tirthankara of Jainism. This is why the sarnath is also an important pilgrimage site for Jainism.